Three years after visiting Shanghai, what has stuck with me? (Part 1)

In 2015, my colleague (@Carohami) and I took part in an England-China teacher exchange programme, organised by the Maths Hubs. We were incredibly lucky to go and saw some fantastic maths lessons! And while we can’t replicate everything from Shanghai schools (and wouldn’t want to), there were plenty of things that seemed appropriate for any maths teacher to take away.  After all, we don’t watch other teachers to emulate them; we watch them to learn.

Overall, the trip provided lots of food for thought and inspiration to try out new ideas.  In this next series of posts, I’d like to reflect on some of the things that have stuck with me over the last three years.

I think that I may have been a little bit mean in a recent lesson.  The whole class were sat eagerly with their pens held ready, when they heard me say…

“I’m going to display a question on the board.

You’ll all know how to solve it, but the numbers are quite big.

But still, I know you’ll be able to do it!

I wonder who will be the first to show me the correct answer?

Are you all ready?

While nearly all the students had their heads down, frantically trying to divide 248 by 82, one student held up the answer 124 after just a couple of seconds.  Initially, the rest of the class were flabbergasted that someone could calculate it so quickly.  But then a ripple of “Oh yeah!” noises spread around the room as each student noticed that the fraction simplified to a half.

Maybe it was cruel of me to lure them into such a trap.  But it was to make the point that it can be unwise to jump into calculations too quickly, and that sometimes the first method that comes to mind isn’t always the most straight forward.

Using cheeky questions like the one above was one thing that I took from my trip to Shanghai – in fact it is probably the thing that has stuck with me the most.  In lots of the lessons we visited, the students were presented with questions that looked more complicated than they really were.  For example, during a lesson on simplifying surds, the teacher posed the following two questions:

These questions may look quite complicated on the surface, but the numbers in them have been chosen so that they work out fairly nice once you get going. 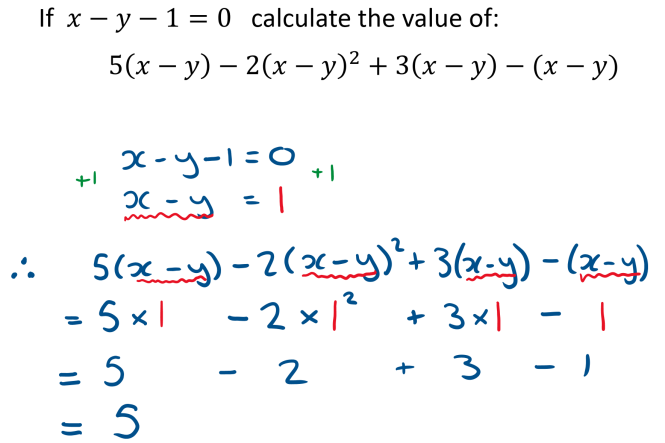 Each of these questions presented an initial shock (or at least I was shocked; the students seemed unfazed), a feeling of surprise once you got started and then a strange sense of satisfaction with the end solution.

My favourite questions were ones that led to discussions about comparing different methods.  Usually with these, simply number crunching your way through the calculations would make for hard work.  But when students pause, think and apply some reasoning, they may find an easier route to the solution.  For example, one of the NCETM’s pre-trip seminars presented a question a bit like this:

On the surface, this could look like a question that requires multiplying decimals together.  However, there is an easier way:

A similar idea could be used with questions on finding fractions of a quantity:

It turns out that I didn’t really need to go all the way to Shanghai to see questions like these; there were plenty being used in England.  However, the trip drew my attention to them (amongst other things), allowed me to see how students in these Shanghai schools tackled them and inspired me to start using them with my own classes.

Sometimes I’ve used these towards the end of a lesson, for the whole class to answer on mini-whiteboards.  But more than anything, I’ve found it helpful to incorporate them into practice exercises. Once students have practised something enough times that they don’t need to think about it as much, a couple of these types of questions can get them thinking again.

Over the last couple of years, I’ve been building bit of a collection of these (mostly by poking my head into classrooms or looking in textbooks for inspiration).  Here are a few more that I’d like to share: 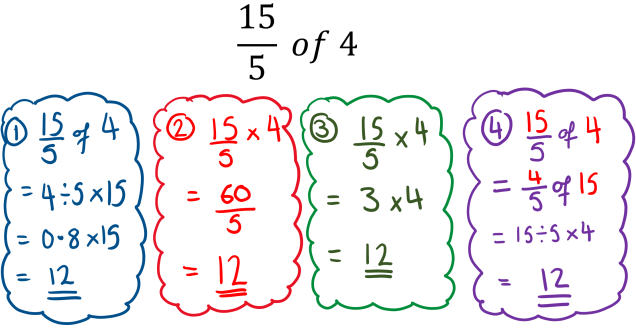 That fourth method seemed a bit odd to my students when they first saw it, but it helped them with the next couple of questions.

The next group of questions share a similar theme of ‘easier if you simplify first‘.

For a lesson on substituting into expressions:

For a lesson on fractional indices:

When students are applying many rules of indices:

If you would like to use or share any of the images from this blog, feel free to use this Power Point to help you:‘Less Complicated Than It Looks’

15 thoughts on “Not As Complicated As It Looks…”